The Chamber’s purpose is not only to lobby and advocate on matters that will allow the iLembe District to become a thriving business and investor friendly environment, but also to energise local economic and business activity.

The Chamber acts as a resource to its members, which includes a wide range of Chamber activities; from business support, skills development, knowledge transfer & dissemination and mentoring, amongst others.

A further purpose is to make a platform available for business linkages and connections from which members can grow their businesses.

The priorities of the Chamber are based on the following strategic pillars:

Our mission is to identify, grow and strengthen business, industry and tourism in the region with our primary objectives being:

• The effective representation of the views of business to government at all levels, particularly in the local government sphere.

• The sustainable Local Economic Development of the Region

With incredible growth year on year, commerce, industry, tourism and agriculture have become major contributors to the local economy and the formation of a Chamber was a natural progression and the chamber was formally constituted in November 2010, taking on King Shaka’s praise name “ilembe”. Within the first year of operation the ilembe chamber was awarded “Chamber of the year for 2011” at a national convention hosted by the South African Chamber of Commerce.

Our head office is located in the booming town of Ballito – a mere 15 kilometres from the New King Shaka International Airport, strategically located between the two major harbours of Durban and Richards Bay. 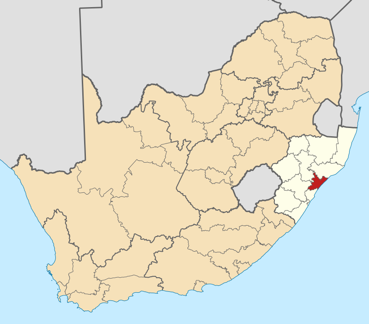